The Panning in Alaska

is on the top of today’s

Northern Exposure. Each of

with snow, grizzly bears and moose

pacing on the roads with peaceful

impassiveness. And how many times

have we imagined the heroic fi ght of

gold diggers and the exciting races of

dogsleds when reading the books by

Jack London? Even though gold-fever

has long been faded away, Alaska

remained to be that mystic place

where greater number of tourists are

only able to get in the past ten years.

The polar Alaska, a peninsula spreading

one and a half million square

kilometres was discovered by Vitus

Bering Russian captain in the

according to the chronicles. The place

was entitled to be the sovereignty of

the Russian Czar. However, the expanding

United States was having a

continuous claim for Alaska and fi –

With its rather harsh climate, Alaska

did not appear to be the Promised

Land in those times. That was until

the greatest gold fever of history

broke out in the last years of the 19th

century, due to which a lot of new

and the railway was built between the

mines and the harbours. After having

July a referendum was held in Alaska

where the local citizens asked for the

region to be included into the United

States and in a few months, Alaska

became the 49th state of the USA.

Digging for gold or even panning is

seen as a privilege even today, resulting

in being on the fi rst place of the

The possession of a nugget of gold

is a great fortune and only few are

provided with the opportunity of

keeping gold panned by their own

hands in their home or, due to its value,

Those who are craving adventure are

keen to visit Klondike and Dawson

City with parts being almost untouched.

A number of touristic offi –

ces provide this programme between

Favourite writer for many, Jack London

has presented this unusually awe-inspiring,

Fang, The Call of the Wild and Klondike Fever

are cultic guidebooks by today. Reading

these books, one inevitably craves to change

places with the protagonist to be able to go

through and admire that unmatched land

that the writer captured with childish charm

and made to be one of the most expensive

destinations on the planet. Though Jack London

participated in the gold-digging expedition

himself, he never found a gold nugget.

Yet he found one of the greatest treasures, his

readers by putting his memories on paper.

His novels were read by millions, multiple

movie-adaptations were based on them and

are popular even today.

In the contest for gold and power, the rivalry

and the desire for possession, though resulted

in the death of many, the luckiest few

might be the reason many are keen to visit

Klondike Fever broke out in 1978, near to

(one group of atapasks) heritage, together

with his two nephews, Dawson (Tagish)

Charlie and Patsy Henderson were heading

north by Yukon river, from Carcross that

was a few kilometres away from the southern

border of the Yukon area, looking for

his sister, Kate and her husband, George

Carmack. They met them at the Yukon delta,

and they also met with a gold-digger of

who had been digging by the Indian river

south from Klondike, but he had given that

up due to his unwillingness to be close to

the Klondike river towards Rabbit

(today: Bonanza) stream, where they were

intending to hunt for Canadian elk.

On the 16th of august they accidentally

found a rich gold sediment in the Rabbit

stream. The resources differ on who exactly

discovered it: some say it was Skookum Jim

himself, some say it was Kate Carmack.

Offi cially, the area was reserved under the

name of George Carmack as a claim presented

by a Native American was likely to be

disregarded by the authorities and unkept

by the local miners.

News about the fi nding rapidly spread the 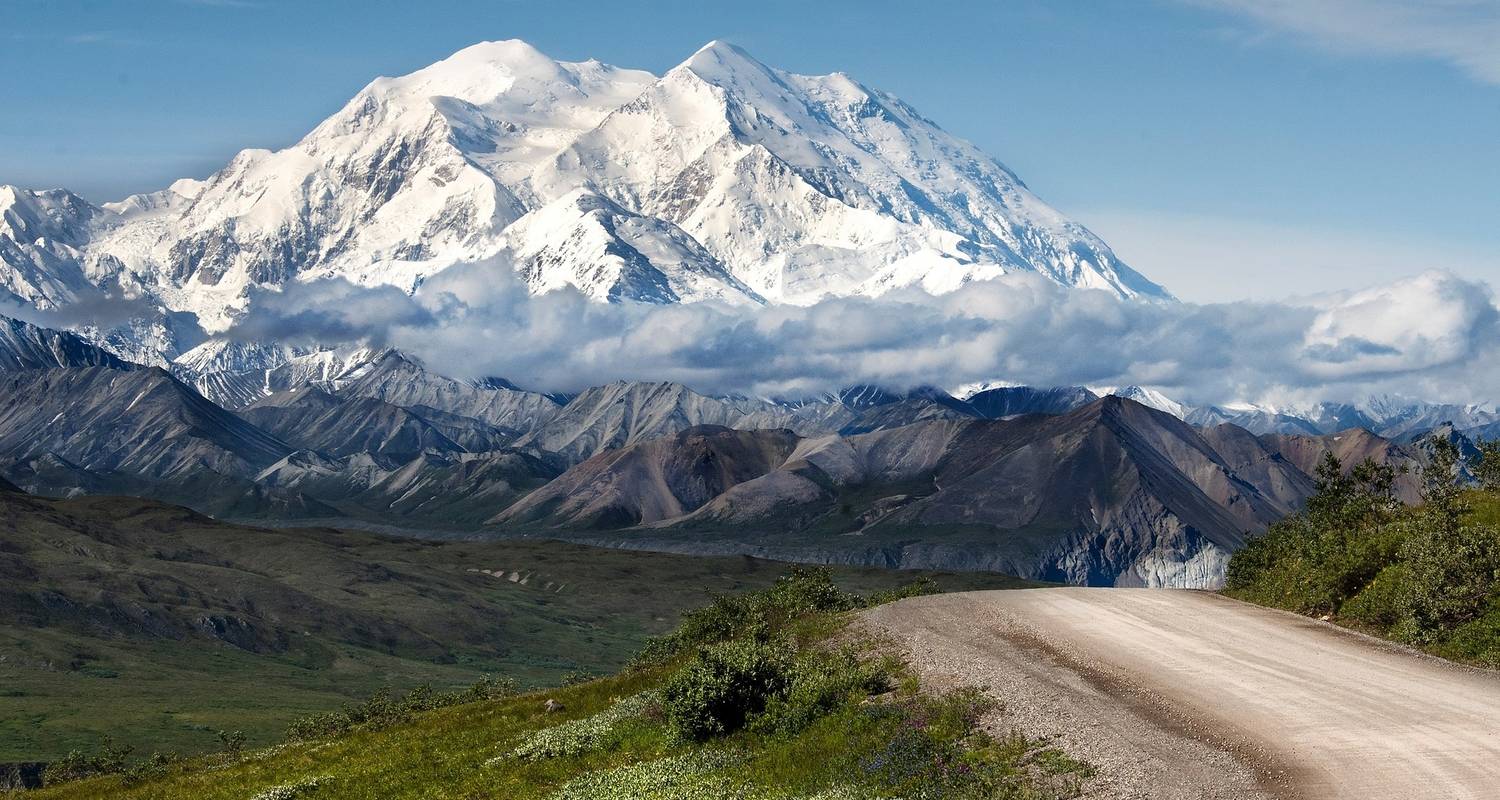 valley of Yukon. Those gold-diggers, who had

been working at Fortymile and Stewart river

were the fi rst to get to Bonanza, following Eldorado

and Hunker streams. Henderson, who

was working only a few miles away, on the other

side of the mountain only learns about the gold

when the best places were already occupied.

march of those trying their luck doubled in a

Klondike area reached forty-thousand and the

increased inhabitants were threatened by starvation.

The majority of the gold-diggers started from

the harbour of Dyea in Alaska and travelled

through the Chilkoot Pass, another large

kilometres away and travelled through the

White Pass to reach the Bennett Lake in the

Canadian area. There they built boats to travel

eight-hundred kilometres on the Yukon. In

1899 the fi rst sector of the White Pass and Yukon

the Skagway Lake to the Bennett Lake and

thus the traffi c in Dyea decreased – although

the major waves of the march relaxed.

On the sheer and dangerous path clambering

up onto the Chilkoot Pass a three-hundred

fall had to be conquered. The cliff is too sheer

to be walkable for pack-animals,

so all of the luggage

had to be allocated up to

was mildly eased down

scooped in the ice.

The White Pass is lower albeit

harder to walk it was

referred to as The Path of

Further routs lead in the

valley of Copper River, next

to the Stikine River and Teslin

through solely Canadian area: the Ashcrof

The area was also approachable by steamboat

with a travel of 2600 kilometres upwards

on the Yukon river but that was no safer option:

in 1897 a steamboat was trapped in the

ice near the Alaskan Fort Yukon and its passengers

had to be rescued.

By the estimations, around a hundred-thousand

people participated in the Klondike

Fever and thirty-thousand managed to reach

of the fi rst consensus in 1901 only nine-thousand

The Klondike Fever is considered to be the

most peaceful gold-mining fever: the Canadian

unit of the police, the North West Mounted

Police lead by Sam Steele did everything to

keep the mass-march between legitimate

and safe borders. To prevent the situation

that had evolved in the earlier two years

in Dawson City, only those were permitted

onto the Yukon area who possessed the right

amount (one ton!) of food and equipment.

Those were the times when Mounties gained

fame that they well needed as the possibility

of their abrogation was being deliberated in 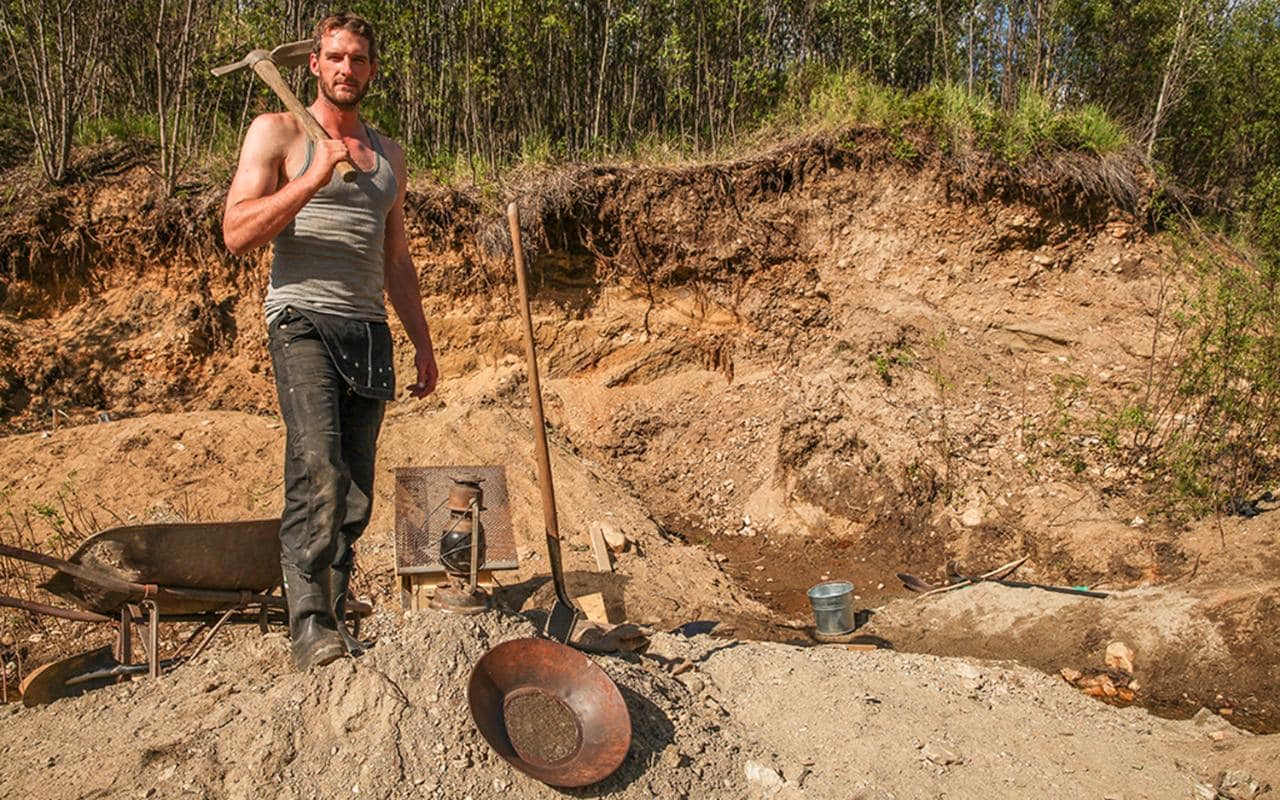