THE ACCOMPLISHMENT OF TECHNOLOGY 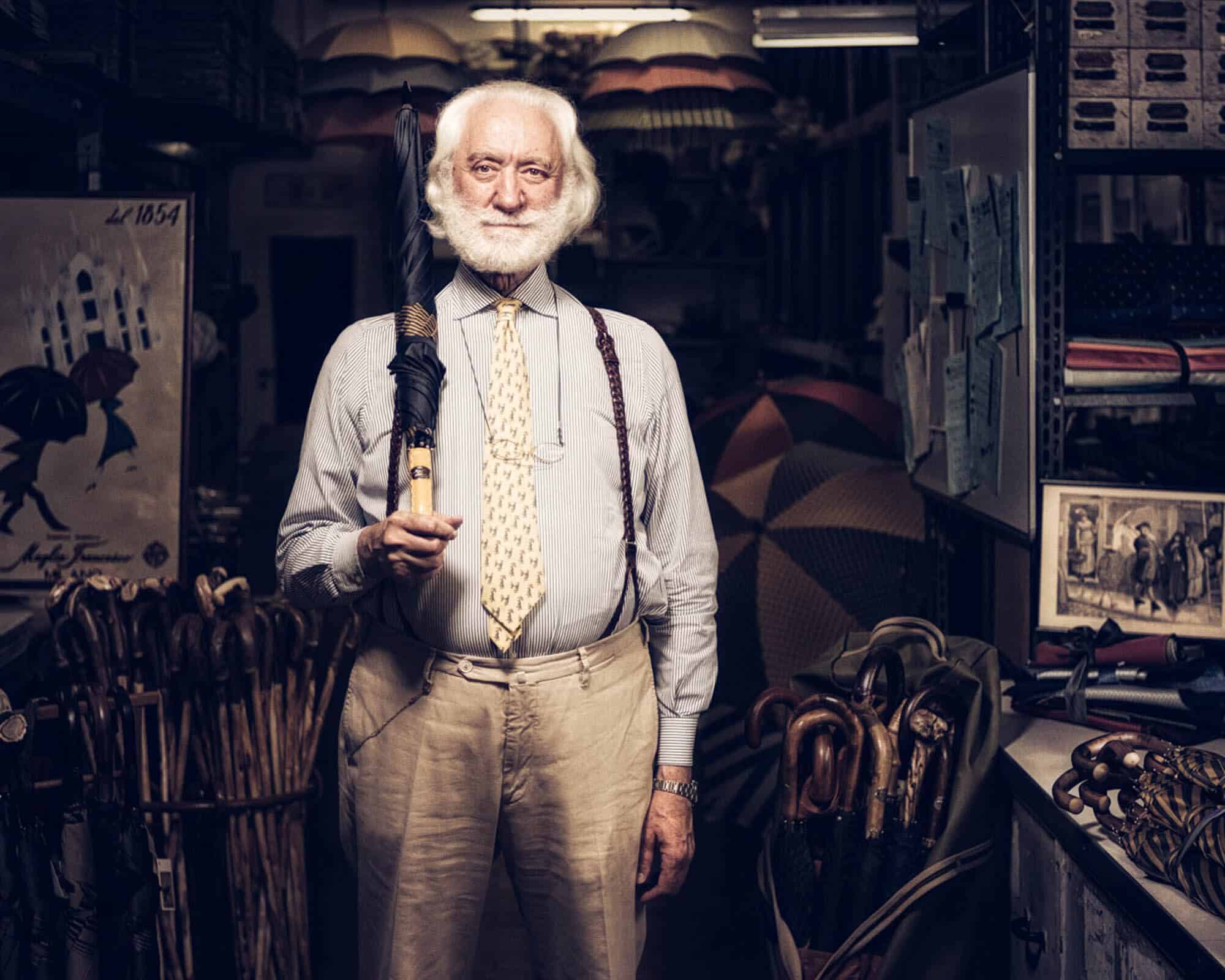 THE MAN WHO STOPPED

In the autumn season the amount

of precipitation increases all

around Europe, the rain becomes

quotidian. It is unavoidable to use one

of the best inventions, the umbrella.

The Italian Francesco Maglia is the

founder and owner of Ombrelli Maglia,

the most famous premium quality

umbrella producer in the world.

Francesco started his career in 1850,

when he was only 14 years old, as a trainee

in an umbrella producing factory

not far from Brescia, in Montechiari.

The Maglia family is originally from

Valganna, and particularly they were

became a partner of an umbrella factory

in Verolanuova, then he moved

to Pavia and established his own company.

The headquarters of the company

it moved to Milan at Corso Genova

then the shop is at Ripamonti 194.

Through their history the family mainly

produced umbrellas, but because

of the emerging needs of the customers,

they produced sunshades and sometimes

The current owner, who was also

named Francesco, not only loves

his work, but passionately searches

for and collect magazines, documents,

postcards in connection with

umbrellas, not to mention his collection

equipments. His collection has been

growing through the years of business

trips; he already has more than

three thousand pieces of relic, and

most of them was displayed in several

The history of umbrellas date

back thousands of years to the

Near East, where the statues of

Ninive still represents the original use

of sunshades, as a servant holds a sunshade

above the ruler’s head to protect

him from the sunshine. The usage of

shades and canopy was quite common

for the rulers, but only they were allowed

to use them. Through the years

it changed and became part of almost

especially in the 1930’s, represented

the gentlemen of London by

carrying an umbrella in one hand, and

a pair of leather gloves in the other.

Fashion also reached the world of

umbrellas as a man appearing with an

umbrella has always been considered

rather elegant. However, the umbrella

was invented for practical use, but

since it has been developed, it is now

much more of a stylish accessory for

both ladies and gentlemen. Umbrellas

are perfect to level up a smart or business

outfi t, but during historical times

it happened to replace a walking cane

with all its features. The umbrellas are

mostly made from waterproof materials,

the sunshades are rather made

from lace or other type of soft and fi ne

has only one point: when being in the

company of a lady, the handle of the

umbrella should be held by the man.

Thusly was it done by Prince Harry in

the company of Duchess Meghan.

form of umbrella is the classic type.

The classic umbrella has two types:

manual and automatic, which allows to

be easy and quick to open and close by

one hand. The classic umbrella has a

bent handle with a longer shaft. They

are similar in size to the golf umbrellas

the doormen or guards used all

around to the world. These umbrellas

were made to cover more than one person,

and the bent handle makes it easier

to hold it for a longer time in a right angle.

Certainly, there are premium umbrellas,

so their prices are higher. Until today

most of the luxury auto producing

companies are designing their cars with

to store and hide.

The travel-size umbrella is the most popular

umbrella type nowadays, as it ha

a shorter shaft, its handle is straight or a

knob type, and it is automatic. As its size

is smaller and it can be folded, it makes

it easier to be stored in a bag or a car,

even there are umbrella types which can

be stored in a pocket of a coat. In case of

these types of umbrellas it is rather important

to examine them precisely before

buying because they are usually not as

durable and well-made as the traditional 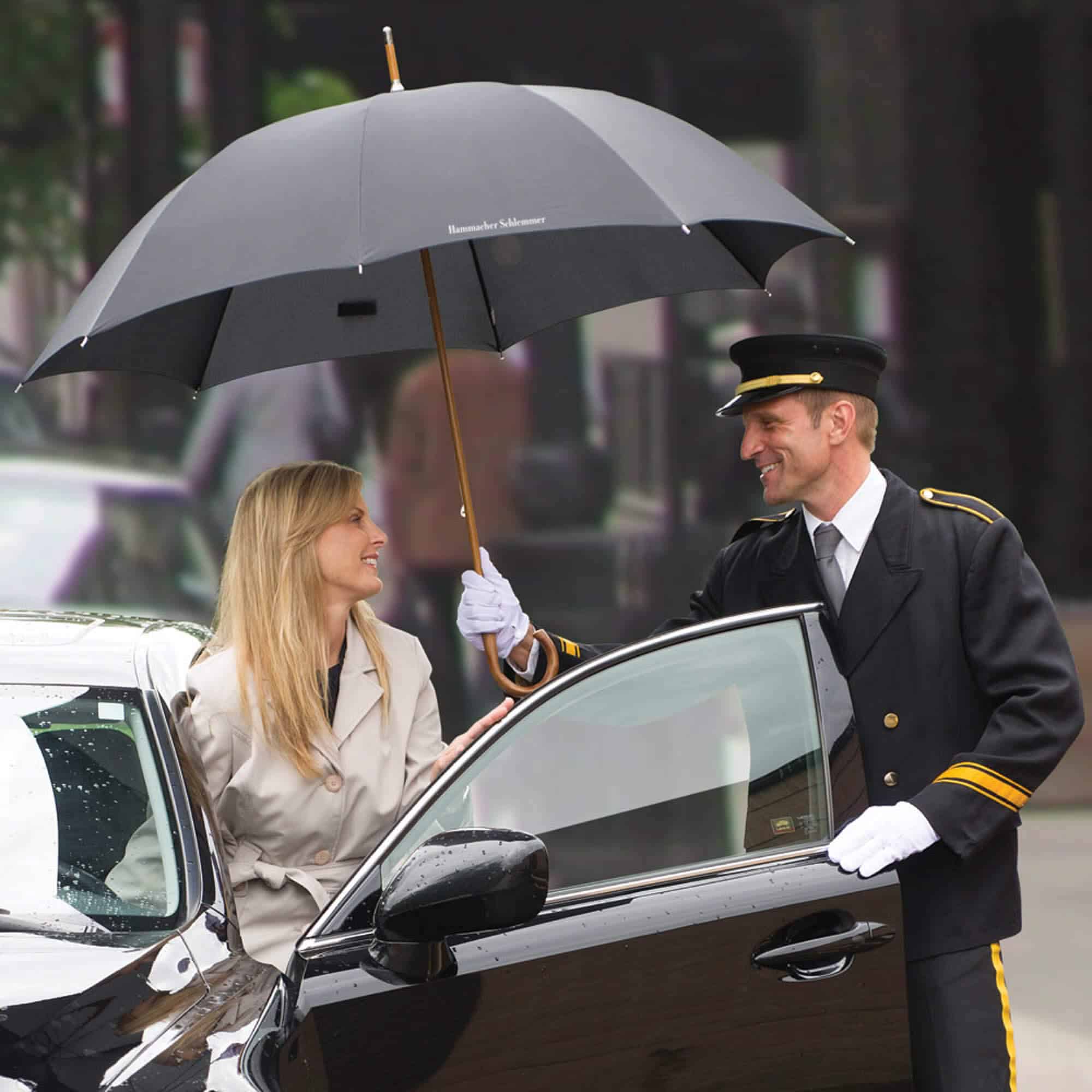